Shlishkas is a very traditional Eastern European Ashkenazi dish.  I have never made it before and in fact, I only just discovered what it was recently. It took me 2 weeks just to learn how to pronounce the name.  For the record, it is pronounced sh’lish-kas.

So, I asked my mother if she knew what shlishkas is, and of course she does. According to my mother, this dish is not traditional for Jews who are from Lithuania, which is where my family is from. So, that explains why I had never heard of it before.

I consider this to be Jewish gnocchi, served with toasted breadcrumbs and sautéed onions.  My friend Devorah is the one who told me about this initially. She uses dried gnocchi to make this dish. That is a definite time saver, but, I thought I would try and make it from scratch.

This recipe is from The Jewish Spice and Spirit Cookbook. This cookbook was given to me when I got married. I consider it to be one of the best cookbooks available.

I am sure that it is possible to make this gluten-free, but for the first time, I decided to follow the recipe as it was written.

4 large potatoes, cooked and then peeled

salt and pepper to taste

Cook potatoes. I made them in the pressure cooker, 10 minutes to pressure.

Peel the potatoes, add the flour, egg, oil, and salt and then mash together.

I read somewhere that it is best to grate the cooked potatoes, and one should definitely NOT use a food processor, or else it will turn to mush. I used a regular food masher, and my shlishkas still came out OK.

Roll dough out onto long ropes onto a floured board. Cut into 1 1/2 inch pieces. Drop into boiling water for 10 minutes until they float to the top. Cook for an additional 5 minutes.

Raizel and my husband liked them very much. I will have to see what Yaffa thinks tomorrow.

NB: To make gluten free and kosher for Passover, I think that it is possible to use potato or tapioca starch and/or ground almonds or matza meal. For the breadcrumbs, I think that matza meal and or ground almonds or panko flakes/crumbs could also be used. I recommend using equal proportions of each. However, I would use only 1 ½ cups to start and then gradually add more, depending on the texture and the potatoes used. I suspect that there is a definite art to making this, and that there are no hard or fast rules.

I also think that for Passover, this might be just as good with sautéed onions, and pesto or even olive dip.

I also read that the shlishkas can be frozen, uncooked and then boiled later.

First I have to see how the family likes them. I also think that with practice, they get easier, but so far, the rolling out of the dough and cutting them makes this a little time consuming.

Here are the cooked and peeled potatoes: 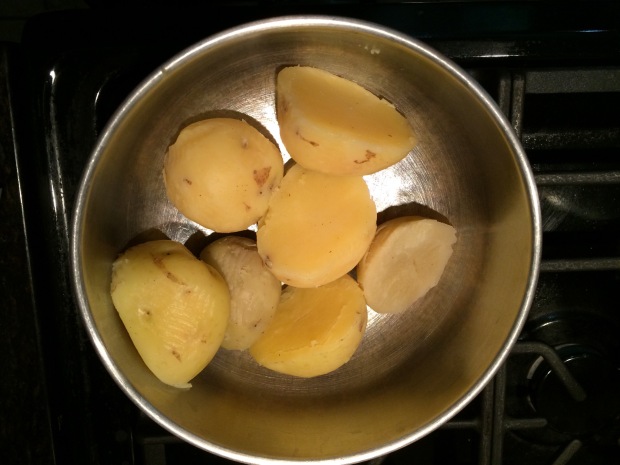 My husband was kind enough to take of picture of me kneading the potato dough: 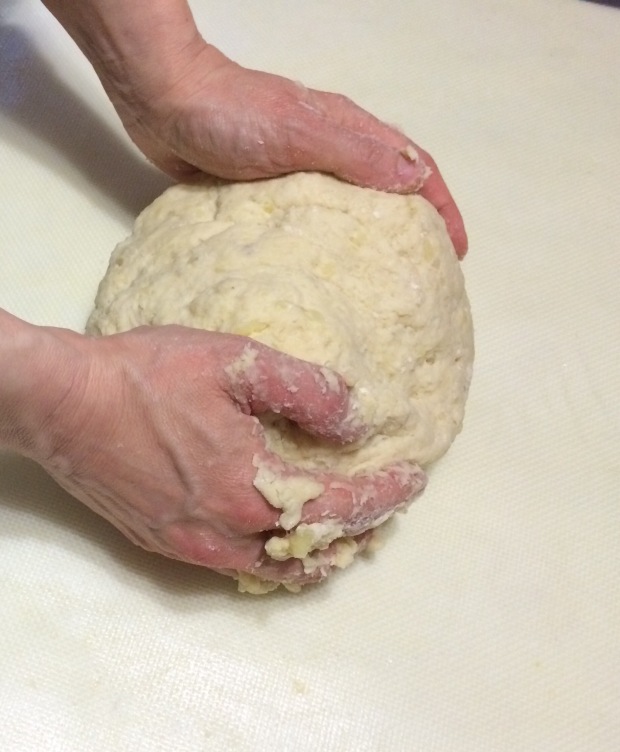 Dough, once it was made:

Here is the final product: 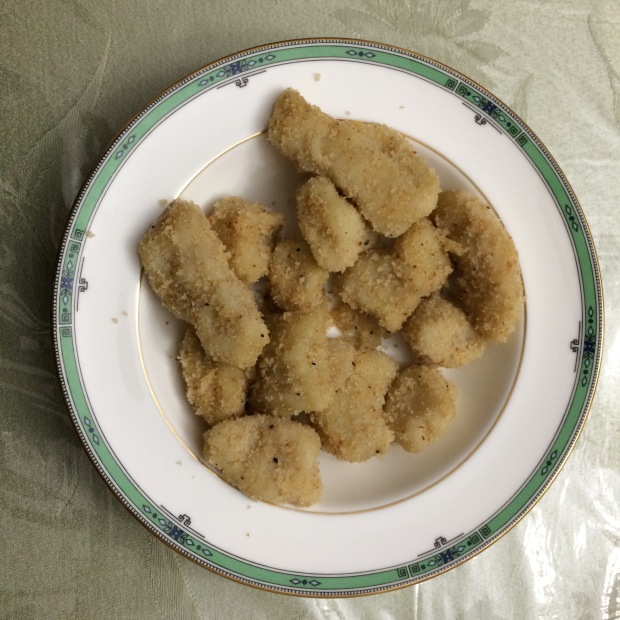 Yaffa had some today, and she liked them too.

I showed this post to my sister, Raizel (they are both named after the same person) and she said that they are not shaped correctly. Since she is a chef, I am inclined to take her word for it. Apparently, they are supposed to have a more twisted rope-like shape.

But, it was still a successful attempt. Two days after I made them, they were all gone. So, by my calculations, they were a hit!

This is not a recipe for the time challenged, but, it is very good and everyone liked them.

This site uses Akismet to reduce spam. Learn how your comment data is processed.